Kani M2015
20:19 22 Oct 20
The team was lovely, friendly and helpful. They were very welcoming and efficient. Overall, I was very impressed with the quality of work and would 100% recommend this clinic to anyone.

Ali Alkhalaf
22:56 26 Mar 20
"Today I've lost my fear of dental care. Such an amazing clinic. Excellent service. Dr. Sonia was so kind and reassuring. Had my surgery with Dr. Alaa. He made me feel so at ease. Totally painless procedure. Didn’t feel the needle, the extraction or even the stitches. Highly recommended."

Omar Ali
20:33 04 Jan 20
Friendly, efficient and professional dental practice. I was advised about the practice through a friend as wanted to find a dental practice that could cater for my mothers needs as she suffers from diabetes along with a series of dental issues.Other dentists were unable to offer the service and time for treatment. Very pleased with both the dental & hygienist care. Have already recommended this practice to several friends.

Chelsea stewart
11:57 16 Dec 19
Beautiful practice with very highly skilled Specialist Clinicians. I have worked in the dental industry for many years and have visited this practice many times. The attention to detail Sonia has put into creating an outstanding practice experience and also the calibre of skilled specialists she has working there, truly makes this one of the best practices in the West London area. Would highly recommend to any patients who are looking for high quality dentistry in a relaxed, friendly environment! Would give 10 stars if I could!

Laith : The Dental Build & Design by Laith
07:03 09 Dec 19
We have not had dental treatment here but we were asked to fit out/refurbish the practice by us (a specialist dental fit out design company)Dr Sonia had only one thing in mind- to enhance the experience for her patients, to ensure the facilities were state of the art, relaxing and especially geared to carry out a wide range of dental treatment at the highest of standards.We can truly say that we believe this area of London to be extremely lucky to have a dentist of Dr Sonia Calibre and if we were patients, we would want exactly this type of owner and clinician.Highly recommended and enjoy the beautiful facilities that westbourne grove dental practice has to offer!

Tricia Crider
08:27 29 Aug 19
A very friendly and professional practice that I highly recommend. I have had both routine treatments and a root canal there and was extremely satisfied by the service. They really care about you there and treat you very well, and provide great care.

Ashley H
15:36 12 May 19
What an amazing practice from the moment I walked in to the moment I left. The reception staff were very friendly, Dr Sonia explained everything to me and I felt like I was in very good hands. After seeing Dr Sonia I was seen by the hygienist, Ive seen a few different hygienist in other practice over the years but this was the best by far. Thank you Westbournegrove Dental, I will be telling all my friends and family about the practice.

property sales
14:11 12 May 19
very professional service, clean clinic, happy with the dentist Dr Sonia, very friendly and honest, she has restored my faith in dentists.5 stars

Shelley Paxton
10:16 17 Apr 19
Thank you for fantastic dental care for my children and myself. Five star service from all whom work there. Highly recommend

Walter Adams
22:41 14 Apr 19
I don’t normally write reviews but this clinic has been one of the best that I have ever visitedThe place smells nice soon as you walk inWith lovely clean stylish design you don’t feel your in a dental clinic.You are welcomed by a friendly receptionist, I think her name was Michelle. I had a problem with back tooth and was seen by a dentist called Dr SoniaVery friendly Scottish girl.She fixed my back tooth and it was practically painless, I also saw a dentist called Stephen who gave me options to straighten my teethVery nice gentleman.I am extremely happy with this practice It is clean and beautiful but best part is that the dentists make you feel at ease.Very professional place and highly recommend it.Good service Thank you once again

Tania Marques
22:18 29 Mar 19
Professional and welcoming team. I had a very positive experience with my treatment and will definitely recommend to family & friends.Will always return.

Tania Marques
22:18 29 Mar 19
Professional and welcoming team. I had a very positive experience with my treatment and will definitely recommend to family & friends.Will always return.
See All Reviews Write a review

Tania qualified in the prestigious Egas Moniz Institute in Lisbon in 2007 having simultaneously completed one year training in Madrid at the Universidade PIO X where she was awarded distinctions and awards on the clinical disciplines including paediatric and geriatric special care. She returned to Lisbon and started her Master of Science degree in Periodontology which she was awarded in 2009. Tania spent a lot of time in private practice but also devoted her time to her hometown hospital where she modernized the stomatology department and worked alongside with experienced surgeons. Tania moved to the UK and completed both a modular surgical Periodontology degree and an implant residency.
Tania dedicates her time to the exclusive practice of Periodontology and is a strong believer that this disease can be controlled if all the factors are studied and treated accordingly. She has presented extensively in centres of excellence and will work alongside our team of hygienists and resident dentists to achieve long lasting stability for periodontal patients.
She is a passionate mother of one and enjoys returning to Portugal and divides her time between the mountain and the beach and she regularly visits her old university where the academic music group (Tuna) that she helped grow during her study years still performs. She is also a keen musician.

Teeth in a Day Dental Implants 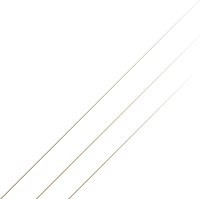 Straighten Your Teeth in Months 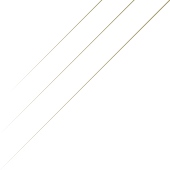 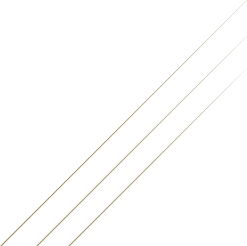